“As the European Union, we admire the immense courage and tireless work of Nadia Murad and Dr Denis Mukwege, who often put their own lives at risk. We have a duty to support their work and all the people they represent, as we are doing, and this is also the best way to celebrate the International Day for the Elimination of Violence against Women,” said European Commission Vice-President Federica Mogherini. 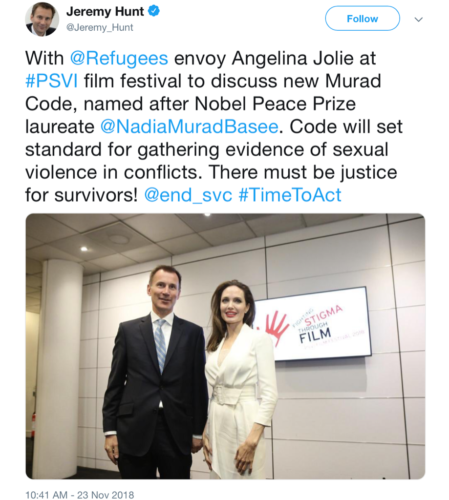