Washington, DC, November 1, 2018 — The Washington Oxi Day Foundation again featured #OXIcourage, past and present, before top US policymakers from the White House and State Department, and thought leaders from think tanks and the media. On October 25, at the US Institute of Peace, the Foundation honored modern day fighters for freedom and democracy who exhibit the David vs. Goliath courage of the Greeks in WWII. 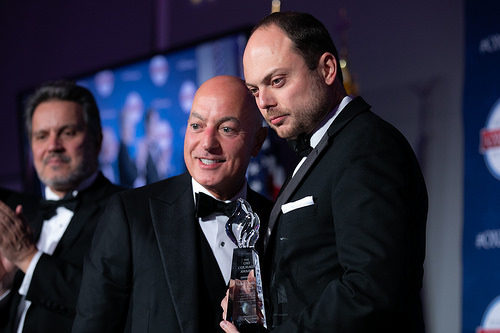 The prestigious Oxi Courage Award was presented to twice-poisoned Russian democracy activist Vladimir Kara-Murza and Chinese poet Liu Xia, the widow of China’s greatest dissident and Nobel laureate Liu Xaibo. The Chairman of the national Holocaust Museum Board, Howard Lorber, received the Metropolitan Chrysostomos Award which highlights the courage of the Greeks during the Holocaust. 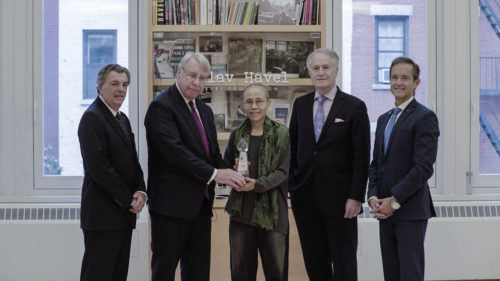 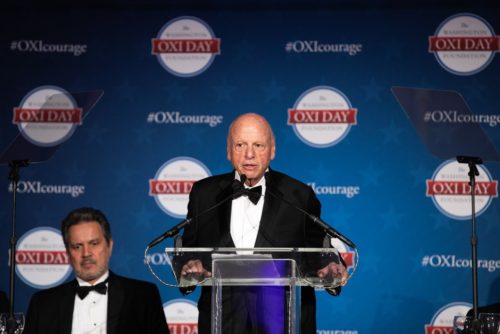 Previous recipients of the Oxi Courage Award award include: 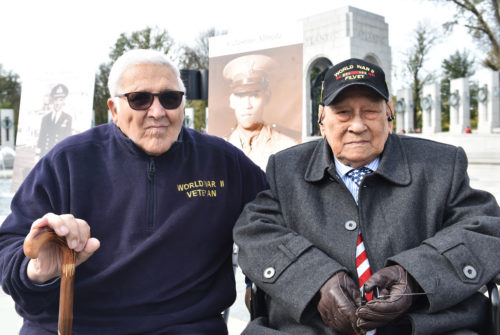 Earlier in the day, at the National World War II Memorial, the Oxi Day Foundation honored three remarkable WWII veterans – a Greek, a Greek-American and an American – alongside Korean War veteran Michael Johnson who received the prestigious 2018 Michael Jaharis Service Award, for his service in the war and continued service to the Greek-American community. 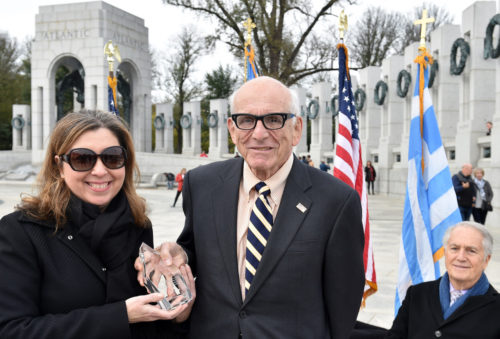 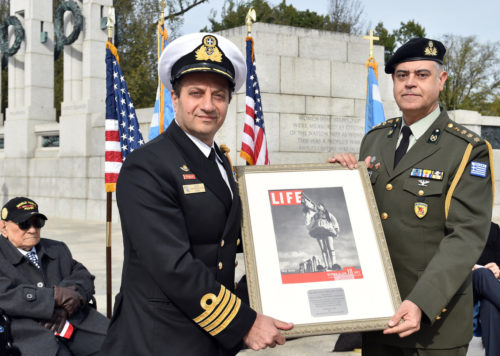 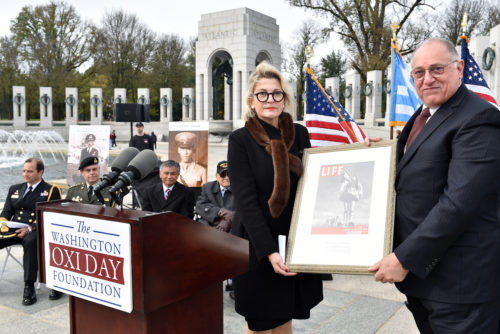